Skip to the content Skip to the Navigation
News
LOOK!
Public service knows no rest days as technicians from the

facilitated the meeting of the members of the MAKLABU, an upland farmers association of the Integrated Socialized Forestry beneficiaries of Malakong, Klaja and Buhawi of Barangay Conel earlier today, September 25, 2022.
The MAKLABU President Miss Chona Deguzman narrated the current situation of the association. She also thanked the office for its continuous support to the members of the association.
Mr. Mohammadali M. Dimalao, City ENRO technician, explained comprehensively the current programs of the office, specifically elaborating the benefits of the reforestation program to the economic status of the beneficiaries. He also talked about the impacts of the program to the environment specially relating the points to the recent flooding and landslide incident in the place and to implement agroforestry in their areas. He had also mentioned some issues about charcoal making and its connection to the issue on water scarcity. He added further that there will be a proposed consultation schedule to be conducted in the barangay.
On the other hand, the City ENRO is likewise thankful to all the members of the association and the Barangay Council of Conel for their untiring support to the endeavors of the office.
#PressOnCityENRO2022
#LGUGensan
#MAKLABU 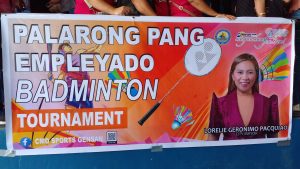 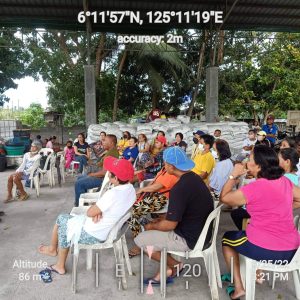 Upland Reforestation and Development Program of the City ENRO-LGU Gensan 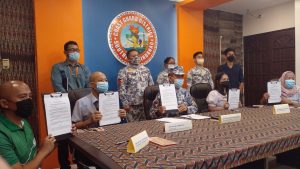 Signing of Memorandum of Agreement 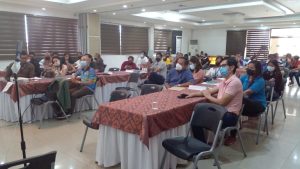